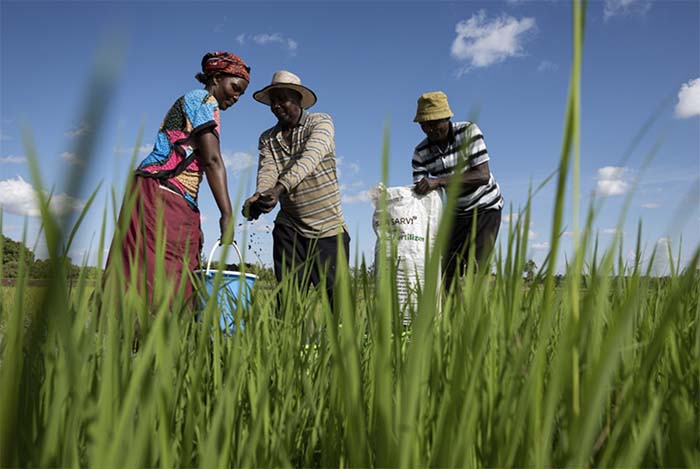 Agriculture in Kenya is a very integral part of the Kenyan economy. It is arguably almost the only means of livelihood for a large proportion of the Kenyan population and it is estimated that Kenya alone has over 7 million smallholder farming families. These are the people that feed the Kenyan urban population and they are the most vulnerable group to issues like market fluctuations, climate change, and agricultural policies.

Despite all the challenges these smallholder farmers face, they have been able to feed the Kenyan population and sustain a part of the export market. But how do they do this? Change is inevitable and without it there is no progress. Here are some of the changes that farmers have made in response to changing tides in agriculture.

Recently there has been a wave of cautious consumption by consumers who want to know what goes into their plates. In response to this farmers who understand and adapt to consumption trends have had to change in order to meet market demands.

With a large proportion of the population conscious about the kind of farming practices done on the food they consume, a percentage of farmers are ditching the old conventional agriculture for organic farming. Others have opted to learn more about global agricultural standards such as Globalgap to satisfy the international market.

Precision agriculture has been a reserve for the big farms engaging in export markets but over time more and more smallholder farmers are taking up the practice in order to increase their productivity. In line with this more and more farmers are seeing the need for having their soil tested to understand their soils better. Traditionally, farmers have had the notion that when they are growing crops if they just use fertilizers production will increase. This continuous use of fertilizers have brought about problems with the soil hence the new move towards precision agriculture.

Value addition is also a new aspect aimed at giving farmers more value for their farm produce. Farmers are increasingly opting to process farm produce for more premiums and higher farm gate prices. Value addition does not have to involve expensive complicated machines, it can be as simple as sun dried vegetables ground into powder then packed in simple polythene bags. Those with the economic muscle purchase processing equipment and are able to make processed final products which they sell to the final consumer if possible or the retailer thereby effectively edging out unscrupulous middle men.

As you can tell there are many improvements and changes that have already taken place within farming in Kenya. However, many challenges remain, and one of the largest challenges is climate change.

Climate change is increasingly visible in Kenya and it plays a huge role in agriculture as it threatens production. Smallholder farmers depend on natural resources like rain, sunlight and soil for their production activities. These resources are adversely affected by climate change as indicated by the changing seasonal weather patterns and occurrences of both extreme weather events. The normal bi-annual rainfall pattern is under siege throwing amok farming plans and cropping calendars.

January is usually the month that farmers plough the land in preparation for the long rains but it wasn’t so this year. Kenya has experienced erratic rain in January that has either been too heavy or too little to sustain crop life.

These changing weather patterns greatly influence decision making at farm level. Just some of the decisions affected include crop / and or variety selection, timing of planting, timing of input application, harvesting stages, among others. In extreme cases some have had to make the decision of engaging in other income generating activities other than agriculture.

Not long ago, information on used to only reach the farmer via the traditional extension worker which resulted in a wide gap in dissemination of farmer related information. The Kenyan media has been quick to identify this gap and has aired farmer related programmes on TV and radio. But despite the presence of such programmes in mainstream media, mass media means of communication is one way and has limited or no feedback from farmers. It also tends to be too general and less focused.

As luck would have it Kenyan farmers now have a new agricultural information platform at their disposal; WeFarm. WeFarm is available in any mobile device that supports short message service, SMS and online via wefarm.org. Farmers can ask questions and receive answers back from other farmers, creating a flexible system that is relevant for each individual’s unique farming situation.

Now, with WeFarm, and the determination of farmers across Kenya, I am hopeful that we will continue to feed our population, and the rest of the world.